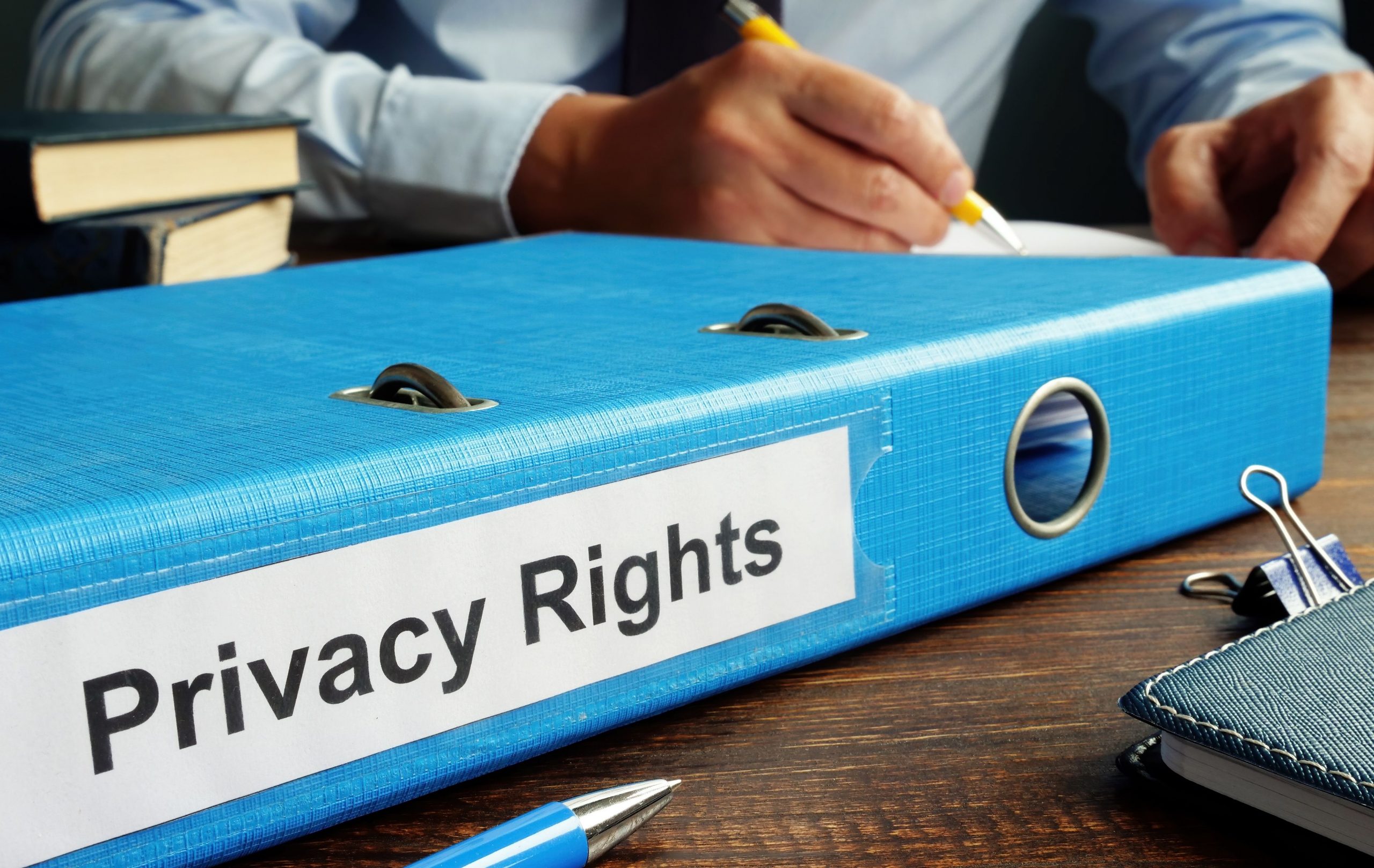 The War Over Life, Liberty and Privacy Rights: From Abortion to COVID-19 and Beyond

Who gets to decide when it comes to bodily autonomy?

Where does one draw the line over whose rights are worthy of protecting? And how do present-day legal debates over bodily autonomy, privacy, vaccine mandates, the death penalty and abortion play into future discussions about singularity, artificial intelligence, cloning, and the privacy rights of the individual in the face of increasingly invasive, intrusive and unavoidable government technologies?

Caught up in the heated debate over the legality of abortion, we’ve failed to think about what’s coming next. Get ready, because it could get scary, ugly and overwhelming really fast.

Thus far, abortion politics have largely revolved around who has the right to decide—the government or the individual—when it comes to bodily autonomy, the right to privacy in one’s body, sexual freedom, and the rights of the unborn.

In 1973, the U.S. Supreme Court ruled in Roe v. Wade that the Fourteenth Amendment’s Due Process Clause provides for a “right to privacy” that assures a woman’s right to abort her pregnancy within the first two trimesters.

Since that landmark ruling, abortion has been so politicized, polarized and propagandized as to render it a major frontline in the culture wars.

In Planned Parenthood v. Casey (1992), the Supreme Court reaffirmed its earlier ruling in Roe  when it prohibited states from imposing an “undue burden” or “substantial obstacle in the path of a woman seeking an abortion before the fetus attains viability.”

Thirty years later, in the case of Dobbs v. Jackson Women’s Health Organization, the Supreme Court is poised to revisit whether the Constitution—namely, the Fourteenth Amendment—truly provides for the right to an abortion.

At a time when abortion is globally accessible (approximately 73 million abortions are carried out every year), legally expedient form of birth control (it is used to end more than 60% of unplanned pregnancies), and considered a societal norm (according to the Pew Research Center, a majority of Americans continue to believe that abortion should be legal in all or most cases), it’s debatable whether it will ever be truly possible to criminalize abortion altogether.

No matter how the Supreme Court rules in Dobbs, it will not resolve the problem of a culture that values life based on a sliding scale. Nor will it help us navigate the moral, ethical and scientific minefields that await us as technology and humanity move ever closer to a point of singularity.

Here’s what I know.

Life is an inalienable right. By allowing the government to decide who or what is deserving of rights, it shifts the entire discussion from one in which we are “endowed by our Creator with certain inalienable rights” (that of life, liberty property and the pursuit of happiness) to one in which only those favored by the government get to enjoy such rights. The abortion debate—a tug-of-war over when an unborn child is considered a human being with rights—lays the groundwork for discussions about who else may or may not be deserving of rights: the disabled, the aged, the infirm, the immoral, the criminal, etc. The death penalty is just one aspect of this debate. As theologian Francis Schaeffer warned early on: “The acceptance of death of human life in babies born or unborn opens the door to the arbitrary taking of any human life. From then on, it’s purely arbitrary.”

If all people are created equal, then all lives should be equally worthy of protection. There’s an idea embraced by both the Right and the Left according to their biases that there is a hierarchy to life, with some lives worthier of protection than others. Out of that mindset is born the seeds of eugenics, genocide, slavery and war.

There is no hierarchy of freedoms. All freedoms hang together. Freedom cannot be a piece-meal venture. My good friend Nat Hentoff (1925-2017), a longtime champion of civil liberties and a staunch pro-lifer, often cited Cardinal Bernardin, who believed that a “consistent ethic of life” viewed all threats to life as immoral: “[N]uclear war threatens life on a previously unimaginable scale. Abortion takes life daily on a horrendous scale. Public executions are fast becoming weekly events in the most advanced technological society in history, and euthanasia is now openly discussed and even advocated. Each of these assaults on life has its own meaning and morality. They cannot be collapsed into one problem, but they must be confronted as pieces of a larger pattern.”

Beware slippery slopes. To suggest that the end justifies the means (for example, that abortion is justified in order to ensure a better quality of life for women and children) is to encourage a slippery slope mindset that could just as reasonably justify ending a life in order for the great good of preventing war, thwarting disease, defeating poverty, preserving national security, etc. Such arguments have been used in the past to justify such dubious propositions as subjecting segments of the population to secret scientific experiments, unleashing nuclear weapons on innocent civilians, and enslaving fellow humans.

Beware double standards. As the furor surrounding COVID-19 vaccine mandates make clear, the debate over bodily autonomy and privacy goes beyond the singular right to abortion. Indeed, as vaccine mandates have been rolled out, long-held positions have been reversed: many of those who historically opposed the government usurping a woman’s right to bodily autonomy and privacy have no qualms about supporting vaccine mandates that trample upon those very same rights. Similarly, those who historically looked to the government to police what a woman does with her body believe the government should have no authority to dictate whether or not one opts to get vaccinated.

What’s next? Up until now, we have largely focused the privacy debate in the physical realm as it relates to abortion rights, physical searches of our persons and property, and our communications. Yet humanity is being propelled at warp speed into a whole new frontier when it comes to privacy, bodily autonomy, and what it means to be a human being.

We haven’t even begun to understand how to talk about these new realms, let alone establish safeguards to protect against abuses.

Humanity itself hangs in the balance.

Remaining singularly human and retaining your individuality and dominion over yourself—mind, body and soul—in the face of corporate and government technologies that aim to invade, intrude, monitor, manipulate and control us may be one of the greatest challenges before us.

These battles over COVID-19 vaccine mandates are merely the tipping point. The groundwork being laid with these mandates is a prologue to what will become the police state’s conquest of a new, relatively uncharted, frontier: inner space, specifically, the inner workings (genetic, biological, biometric, mental, emotional) of the human race.

If you were unnerved by the rapid deterioration of privacy under the Surveillance State, prepare to be terrified by the surveillance matrix that will be ushered in within the next few decades.

Everything we do is increasingly dependent on and, ultimately, controlled by technological devices. For example, in 2007, there were an estimated 10 million sensor devices connecting human utilized electronic devices (cell phones, laptops, etc.) to the Internet. By 2013, it had increased to 3.5 billion. By 2030, there will be an estimated 100 trillion sensor devices connecting us to the internet by way of a neural network that approximates a massive global brain.

The end goal? Population control and the creation of a new “human” species, so to speak, through singularity, a marriage of sorts between machine and human beings in which artificial intelligence and the human brain will merge to form a superhuman mind.

The plan is to develop a computer network that will exhibit intelligent behavior equivalent to or indistinguishable from that of human beings by 2029. And this goal is to have computers that will be “a billion times more powerful than all of the human brains on earth.” As former Google executive Mo Gawdat warns, “The reality is, we’re creating God.”

Neuralink, a brain-computer chip interface (BCI), paves the way for AI control of the human brain, at which point the disconnect between humans and AI-controlled computers will become blurred and human minds and computers will essentially become one and the same. “In the most severe scenario, hacking a Neuralink-like device could turn ‘hosts’ into programmable drone armies capable of doing anything their ‘master’ wanted,” writes Jason Lau for Forbes.

Advances in neuroscience indicate that future behavior can be predicted based upon activity in certain portions of the brain, potentially creating a nightmare scenario in which government officials select certain segments of the population for more invasive surveillance or quarantine based solely upon their brain chemistry.

Clearly, we are rapidly moving into the “posthuman era,” one in which humans will become a new type of being. “Technological devices,” writes journalist Marcelo Gleiser, “will be implanted in our heads and bodies, or used peripherally, like Google Glass, extending our senses and cognitive abilities.”

Transhumanism—the fusing of machines and people—is here to stay and will continue to grow.

In fact, as science and technology continue to advance, the ability to control humans will only increase. In 2014, for example, it was revealed that scientists had discovered how to deactivate that part of our brains that controls whether we are conscious or not. Add to this the fact that increasingly humans will be implanted with microchips for such benign purposes as tracking children or as medical devices to assist with our health.

Such devices “point to an uber-surveillance society that is Big Brother on the inside looking out,” warns Dr. Katina Michael. “Governments or large corporations would have the ability to track people’s actions and movements, categorize them into different socio-economic, political, racial, or consumer groups and ultimately even control them.”

All of this indicates a new path forward for large corporations and government entities that want to achieve absolute social control.

It is slavery in another form.

Yet we must never stop working to protect life, preserve our freedoms and maintain some semblance of our humanity.

Abortion, vaccine mandates, transhumanism, etc.: these are all points along the continuum.

Even so, there will be others. For instance, analysts are speculating whether artificial intelligence, which will eventually dominate all emerging technologies, could come to rule the world and enslave humans. How will a world dominated by artificial intelligence redefine what it means to be human and exercise free will?

Scientists say the world’s first living robots can now reproduce. What rights are these “living” organisms entitled to? For that matter, what about clones? At the point that scientists are able to move beyond cloning organs and breeding hybrid animals to breeding full-bodied, living clones in order to harvest body parts, who is to say that clones do not also deserve to have their right to life protected?

These are ethical dilemmas without any clear-cut answers. Yet one thing is certain: as I make clear in my book Battlefield America: The War on the American People and in its fictional counterpart The Erik Blair Diaries, putting the power to determine who gets to live or die in the hands of the government is a dangerous place to start.

By John W. Whitehead & Nisha WhiteheadDecember 1, 2021 Who gets to decide when it comes to bodily autonomy? Where does one draw the line over whose rights are worthy of protecting? And how do present-day legal debates over bodily autonomy, privacy, vaccine mandates, the death penalty and abortion play into future discussions about singularity,…

By John W. Whitehead & Nisha WhiteheadDecember 1, 2021 Who gets to decide when it comes to bodily autonomy? Where does one draw the line over whose rights are worthy of protecting? And how do present-day legal debates over bodily autonomy, privacy, vaccine mandates, the death penalty and abortion play into future discussions about singularity,…

The Deeper the Swamp the Worse It Smells