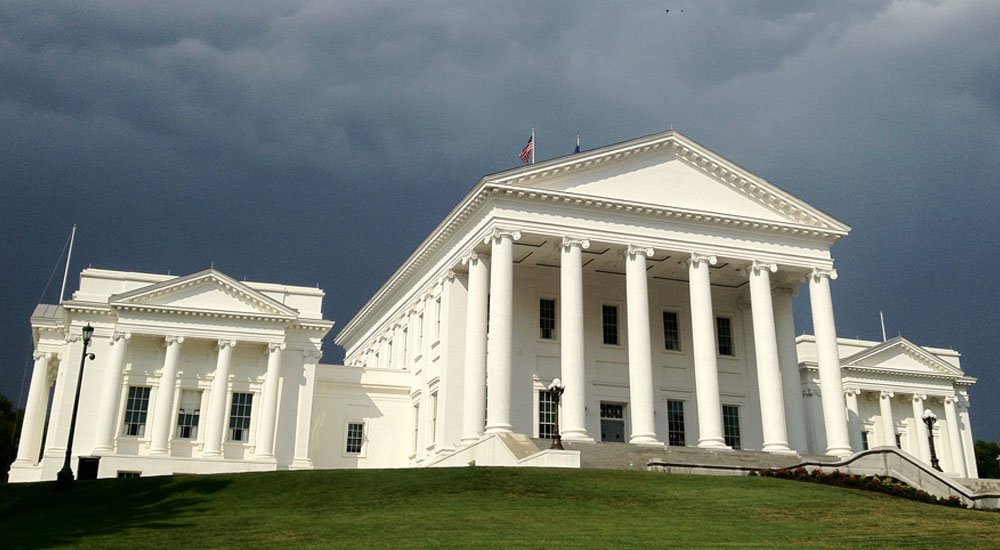 Will Youngkin Do What Only Gilmore Could?

Republican Governor-elect Glenn Youngkin has finally installed his transition team, and from the looks of it the list is a veritable who’s-who of Republican adults — a sign that Youngkin is going to prize stability over recklessness after eight long years of Democratic intransigence that has pushed Virginia to the utmost left of the political spectrum.

Of course, such a move signals that Youngkin will maintain a status quo for the immediate future. Such a move will not please many who fought to elect Youngkin with declarative promises to enact real school choice — now demoted from parental vouchers to mere charter schools — not to mention winks and nods about defunding Planned Parenthood and protecting the Second Amendment.

None of these three items seems to be on the table at present. Or if they are, it will be in the margins rather than as points of policy, with so-called leadership on all three issues having allowed the window to move from school choice, six-week provisions and constitutional carry towards charter schools, safety standards and maintaining the McAuliffe-Northam architecture.

No longer defending what was considered the bailey, we are now reduced to defending the motte — and the Democrats will call even that extreme in the end.

Trying To Drive The Wedge Early

Laura Vozzella with the Washington Post has made the point early, and while I am loathe to repeat the line of attack, two very stark realities bear mentioning — first that conservatives still aren’t convinced with Youngkin, and that while the NRA and National Right to Life have given their imprimatur these endorsements only serve as a red flag to more robust organizations such as the Virginia Citizens Defense League and Students for Life Action:

“We have to actually stand up against all of the legislation that has been passed by the Democrats,” Youngkin said at a Fairfax County Republicans forum in April. “As your governor, we will not just stand up, but we will push back — we will push back.”

Some gun-rights activists expect Youngkin to stick with that plan. Philip Van Cleave, president of the Virginia Citizens Defense League, said he doesn’t mind if Youngkin is merely being quiet on the topic now for strategic reasons. But he expects action eventually.

“Gun owners are not going to tolerate being ignored,” he said.

Nor will pro-lifers or outraged parents who are looking for a bit more than incremental wiggling on the government straightjacket.

Of course, Youngkin’s marquee issue before adopting the Contract With Virginia — the “Day One Plan” that helped establish his September romp in the polls — was the elimination of the barely noticed grocery tax. The issue was something Republicans hammered home in 1999 when they wrested control of the General Assembly from Virginia Democrats, but instead of eliminating it Republicans could only cut the revenue for two reasons: (1) much of the revenue generated went directly to either cash-strapped local governments or state education funding, and (2) the General Assembly had just begun to rumple the sheets over the repeal of the car tax initiated by then-Governor Jim Gilmore.

Of course, what staggered the car tax repeal was the fact that this was yet another Richmond-inspired tax that directly funded localities. Repealing it without some form of reimbursement would put the onus on a handful of antiquated funding mechanisms — real estate property taxes — in order to recuperate the loss in funding to deputies, first responders, and local school budgets. The end result was a state-financed reimbursement which picked up 50% of the assessed cost while imposing the remainder on the local taxpayer every year.

This tangle where localities lean on Richmond for funding and/or reimbursement is one of the many intricacies that befuddle Republican leaders at both the local and state level when it comes to any true tax reform. While it would be very easy for Richmond to tell localities to suck it up, such action would be akin to spraying roundup on a few hundred up-and-coming local supervisors and city councilors — not to mention rural localities who fought very hard to ensure Youngkin’s win.

Thus the pitfalls of local government as the functions of government — both state and local — don’t simply go away with the tax cut.

Or as the RTD’s Jeff Schaprio puts it:

This illustrates the other reason local government fears repeal of the grocery tax: That beyond losing money, cities and counties lose control of their finances. That’s why the Youngkin program is viewed as Son of Car Tax: another power grab by Richmond that further subordinates local government to unreliable, cumbersome protocols.

Which if you are Fairfax County or Virginia Beach, is going to be a problem in a different way than say, Floyd or Fluvanna.

Of course, these intricacies are not exactly appreciated in a world where things move at the speed of Twitter. Lengthy explanations are viewed as weakness rather than nuance; long term planning viewed as indecision rather than seriousness.

Yet Youngkin did not run as a pragmatic and cautious conservative, but as a firebrand and a happy warrior more than happy to take on Critical Race Theory, implement school choice, and assure pro-lifers and 2A enthusiasts that he was really one of us — promising that he would roll back the last eight years rather than enshrine the status quo.

The middle position on this might very well be that Youngkin is neither a spineless pragmatist nor a rigid fanatic on all things conservative, but a sound-minded realist when it comes to the art of what is possible — which after all is widely thought to be Ben Franklin’s definition of politics in toto:

Of course, Ben Franklin never spoke much German. The quote is actually that of Otto von Bismarck remarking on the art of politics as the discipline of what is possible. Bismarck was reflecting at the time on the prospect of Russia and France forging an alliance at Prussia’s expense, with Bismarck recounting how Prussia served as a buffer state between the two and peace — that is, keeping France and Russia at bay — only served Prussia’s interests in unifying Germany. Ergo the difference between what is practical, what is possible, and what is merely theoretical.

Are The Battle Lines Drawn?

All of this means that — in the search for a moderate Democrat willing to work with Republicans — Youngkin is going to have a far more difficult time using the VRS as bait to draw a longserving Senate Democrat out of a seat which in the end may not be winnable — which isn’t necessarily good news as Dwayne Yancey over at Cardinal News opines:

The point is: If Youngkin is trying to find a Democratic state senator to join his administration – in hopes that a Republican might replace him or her – he doesn’t have many choices. In fact, he might not have any choices.

That’s not to say that the Senate has a permanent 21-19 majority. Far from it. Sometimes incumbents do things that make them vulnerable. Sometimes there are really strong challengers. But simply from a numbers perspective, Youngkin has no obvious Democratic senator he ought to be schmoozing – and dangling a plum state job in front of.

If you’re a Democrat, maybe that’s a relief, although maybe it shouldn’t be. All this underscores how sharply divided our society has become. We’d be better off if we had a lot more swing districts. Maybe the Supreme Court will create some when the justices approve new district lines, but don’t count on that, either. A lot of our realignment has been geographical – author Bill Bishop wrote a book about this called “The Big Sort” – which means it’s hard to draw districts (at least logical ones) that are neither red nor blue, but some shade of purple. In some parts of Virginia – such as deep red Southwest and Southside, or deep blue Northern Virginia – it’s simply impossible.

And that’s just on the Senate side of the equation. If personnel is policy, then choosing stability will entail enshrining the status quo — and if that is the game, then Republicans with short tempers and long memories are going to start demanding their figurative (or literal?) pound of flesh.

With so close a margin of victory, every pressure group will demand its reward as Virginia Democrats still hold out at “the Alamo” (read: the Virginia Senate) while the institutions still firmly in the hands of the political left — media, education, academia, the bureaucracy, and non-profits/churches — will continue to hammer away. With only two institutions in the hands of conservatives — military and law enforcement/first responders — the problem becomes more acute.

Fully funding the police should be a priority, but it’s not a tax cut. Building parallel institutions to the government-monopolized school system should be priority, but that will require a rare combination of intestinal and testicular fortitude rarely seen in politics — one that will have to be maintained by outraged parents who recently lost a round to the redshirts in Spotsylvania County over pornography-as-literature. Defunding Planned Parenthood would be welcomed, but even this modest nugget to pro-lifers would be just as horrible to abortion boosters (and welcomed by a media licking its chops for red meat) as banning the procedure entirely. Passing constitutional carry? Sure thing — and while one could see Governor Allen or Gilmore doing this, one doesn’t get the sense that this was the reason Governor Youngkin was running for public office.

So we have to find something that Youngkin is willing to bleed for. Even if it is a series of incremental changes and cuts, Democrats have shown a proclivity for rewinding all of it with the stroke of the pen pace McDonnell. When Mark Herring became Attorney General, he fired every Republican appointee — all of them. When McAuliffe became governor, he fought against basic sanitation measures in abortion centers required by law by bungling the regulatory process.

The Democrats have shown the measure of what they are willing to do to force their agenda and will not respect process. How does one restore process while undoing the damage of the last eight years? Can both be done? Or is the better option simply to realize the environment and fight it out?

One thing is for certain. Fiddling with the grocery tax and keeping the promise to end the universally hated car tax will involve the less-than-sexy sort of tax reform that might be good for Virginia but doesn’t quite capture the imagination — one that localities sorely need in order to respond to 21st century realities.

Waiting two years before Virginia Democrats finally surrender the Alamo might be too long for many conservatives hoping to see Brandon out the door. Yet bear in mind that while there are advantages to striking while the iron is hot — and there are advantages — gearing up for what will be a nasty fight no matter what Youngkin chooses to lead on and define himself is going to be a game where every chip is going to be put in the center of the pile.

Just wish it were for the bailey than the motte.

Republican Governor-elect Glenn Youngkin has finally installed his transition team, and from the looks of it the list is a veritable who’s-who of Republican adults — a sign that Youngkin is going to prize stability over recklessness after eight long years of Democratic intransigence that has pushed Virginia to the utmost left of the political…

Republican Governor-elect Glenn Youngkin has finally installed his transition team, and from the looks of it the list is a veritable who’s-who of Republican adults — a sign that Youngkin is going to prize stability over recklessness after eight long years of Democratic intransigence that has pushed Virginia to the utmost left of the political…

A Liberal Mayor Gets Mugged by Reality