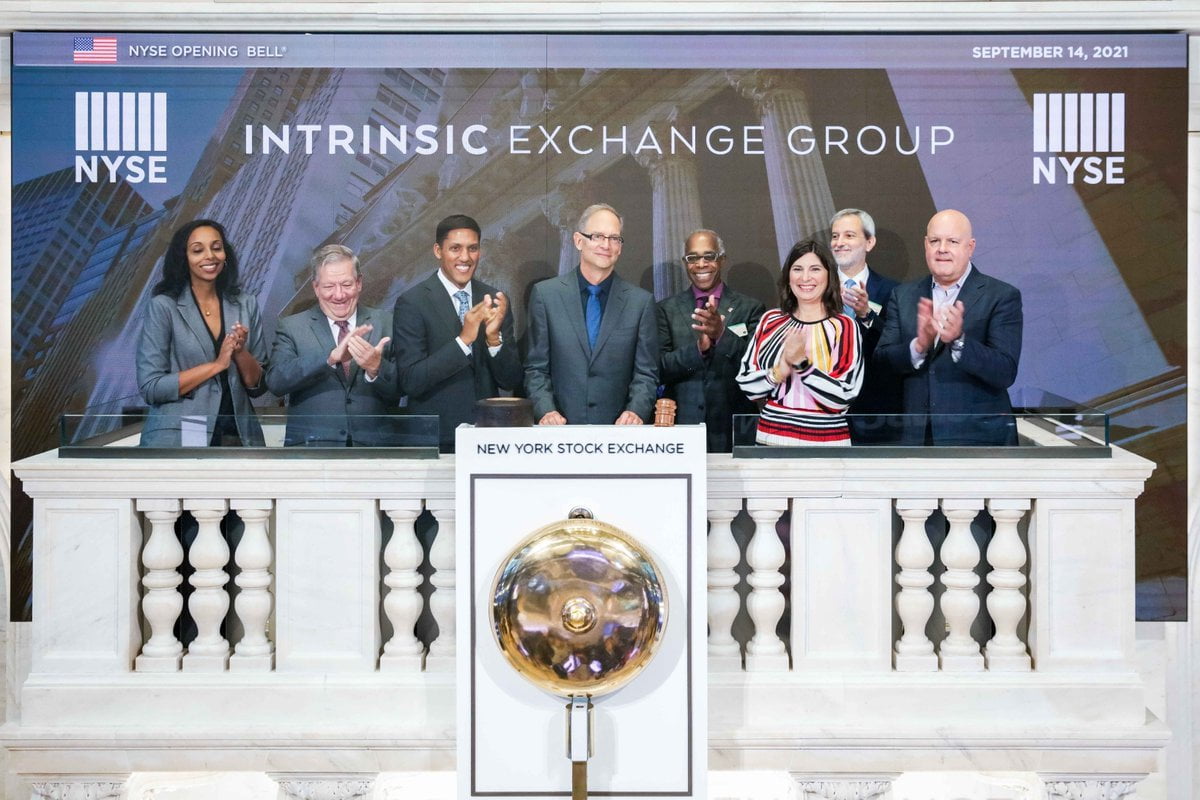 Last month, the New York Stock Exchange (NYSE) announced it had developed a new asset class and accompanying listing vehicle meant “to preserve and restore the natural assets that ultimately underpin the ability for there to be life on Earth.” Called a natural asset company, or NAC, the vehicle will allow for the formation of specialized corporations “that hold the rights to the ecosystem services produced on a given chunk of land, services like carbon sequestration or clean water.” These NACs will then maintain, manage and grow the natural assets they commodify, with the end of goal of maximizing the aspects of that natural asset that are deemed by the company to be profitable.

Though described as acting like “any other entity” on the NYSE, it is alleged that NACs “will use the funds to help preserve a rain forest or undertake other conservation efforts, like changing a farm’s conventional agricultural production practices.” Yet, as explained towards the end of this article, even the creators of NACs admit that the ultimate goal is to extract near-infinite profits from the natural processes they seek to quantify and then monetize.

NYSE COO Michael Blaugrund alluded to this when he said the following regarding the launch of NACs: “Our hope is that owning a natural asset company is going to be a way that an increasingly broad range of investors have the ability to invest in something that’s intrinsically valuable, but, up to this point, was really excluded from the financial markets.”

Framed with the lofty talk of “sustainability” and “conservation”, media reports on the move in outlets like Fortune couldn’t avoid noting that NACs open the doors to “a new form of sustainable investment” which “has enthralled the likes of BlackRock CEO Larry Fink over the past several years even though there remain big, unanswered questions about it.” Fink, one of the world’s most powerful financial oligarchs, is and has long been a corporate raider, not an environmentalist, and his excitement about NACs should give even its most enthusiastic proponents pause if this endeavor was really about advancing conservation, as is being claimed.

How to Create a NAC

The creation and launch of NACs has been two years in the making and saw the NYSE team up with the Intrinsic Exchange Group (IEG), in which the NYSE itself holds a minority stake. IEG’s three investors are the Inter-American Development Bank, the Latin America-focused branch of the multilateral development banking system that imposes neoliberal and neo-colonalist agendas through debt entrapment; the Rockefeller Foundation, the foundation of the American oligarch dynasty whose activities have long been tightly enmeshed with Wall Street; and Aberdare Ventures, a venture capital firm chiefly focused on the digital healthcare space. Notably, the IADB and the Rockefeller Foundation are closely tied to the related pushes for Central Bank Digital Currencies (CBDCs) and biometric Digital IDs.

The IEG’s mission focuses on “pioneering a new asset class based on natural assets and the mechanism to convert them to financial capital.” “These assets,” IEG states, make “life on Earth possible and enjoyable…They include biological systems that provide clean air, water, foods, medicines, a stable climate, human health and societal potential.”

Put differently, NACs will not only allow ecosystems to become financial assets, but the rights to “ecosystem services”, or the benefits people receive from nature as well. These include food production, tourism, clean water, biodiversity, pollination, carbon sequestration and much more. IEG is currently partnering with Costa Rica’s government to pilot its NAC efforts within that country. Costa Rica’s Minister of Environment and Energy, Andrea Meza Murillo, has claimed that the pilot project with IEG “will deepen the economic analysis of giving nature its economic value, as well as to continue mobilizing financial flows to conservation.”

With NACs, the NYSE and IEG are now putting the totality of nature up for sale. While they assert that doing so will “transform our economy to one that is more equitable, resilient and sustainable”, it’s clear that the coming “owners” of nature and natural processes will be the only real beneficiaries.

Per the IEG, NACs first begin with the identification of a natural asset, such as a forest or lake, which is then quantified using specific protocols. Such protocols have already been developed by related groups like the Capitals Coalition, which is partnered with several of IEG’s partners as well as the World Economic Forum and various coalitions of multinational corporations. Then, a NAC is created and the structure of the company decides who has the rights to that natural asset’s productivity as well as the rights to decide how that natural asset is managed and governed. Lastly, a NAC is “converted” into financial capital by launching an initial public offering on a stock exchange, like the NYSE. This last stage “generates capital to manage the natural asset” and the fluctuation of its price on the stock exchange “signals the value of its natural capital.”

However, the NAC and its employees, directors and owners are not necessarily the owners of the natural asset itself following this final step. Instead, as IEG notes, the NAC is merely the issuer while the potential buyers of the natural asset the NAC represents can include: institutional investors, private investors, individuals and institutions, corporations, sovereign wealth funds and multilateral development banks. Thus, asset management firms that essentially already own much of the world, like Blackrock, could thus become owners of soon-to-be monetized natural processes, natural resources and the very foundations of natural life itself.

Both the NYSE and IEG have marketed this new investment vehicle as being aimed at generating funds that will go back to conservation or sustainability efforts. However, on the IEG’s website, it notes that the goal is really endless profit from natural processes and ecosystems that were previously deemed to be part of “the commons”, i.e. the cultural and natural resources accessible to all members of a society, including natural materials such as air, water, and a habitable earth. Per the IEG, “as the natural asset prospers, providing a steady or increasing flow of ecosystem services, the company’s equity should appreciate accordingly providing investment returns. Shareholders and investors in the company through secondary offers, can take profit by selling shares. These sales can be gauged to reflect the increase in capital value of the stock, roughly in-line with its profitability, creating cashflow based on the health of the company and its assets.”

Researcher and journalist Cory Morningstar has strongly disagreed with the approach being taken by NYSE/IEG and views NACs as a system that will only exacerbate the corporate predation of nature, despite claims to the contrary. Morningstar has described NACs as “Rockefeller et al. letting the markets dictate what in nature has value – and what does not. Yet, it’s not for capitalist institutions and global finance to decide what life has value. Ecosystems are not ‘assets.’ Biological communities exist for their own purposes, not ours.”

A New Way to Loot

The ultimate goal of NACs is not sustainability or conservation – it is the financialization of nature, i.e. turning nature into a commodity that can be used to keep the current, corrupt Wall Street economy booming under the guise of protecting the environment and preventing its further degradation. Indeed, IEG makes this clear when they note that “the opportunity” of NACs lies not in their potential to improve environmental well-being or sustainability, but in the size of this new asset class, which they term “Nature’s Economy.”

Indeed, while the asset classes of the current economy are value at approximately $512 trillion, the asset classes unlocked by NACs are significantly larger at $4,000 trillion (i.e. $4 quadrillion). Thus, NACs open up a new feeding ground for predatory Wall Street banks and financial institutions that will allow them to not just dominate the human economy, but the entire natural world. In the world currently being constructed by these and related entities, where even freedom is being re-framed not as a right but “a service,” the natural processes on which life depends are similarly being re-framed as assets, which will have owners. Those “owners” will ultimately have the right, in this system, to dictate who gets access to clean water, to clean air, to nature itself and at what cost.

According to Cory Morningstar, one of the other aims of creating “Nature’s Economy” and neatly packaging it for Wall Street via NACs is to drastically advance massive land grab efforts made by Wall Street and the oligarch class in recent years. This includes the recent land grabs made by Wall Street firms as well as billionaire “philanthropists” like Bill Gates during the COVID crisis. However, the land grabs facilitated through the development of NACs will largely target indigenous communities in the developing world.

“The public launch of NACs strategically preceded the fifteenth meeting of the Conference of the Parties to the Convention on Biological Diversity, the biggest biodiversity conference in a decade. Under the pretext of turning 30% of the globe into “protected areas”, the largest global land grab in history is underway. Built on a foundation of white supremacy, this proposal will displace hundreds of millions, furthering the ongoing genocide of Indigenous peoples. The tragic irony is this: while Indigenous peoples represent less than 5% of the global population, they support approximately 80% of all biodiversity.“

IEG, in discussing NACs, tellingly notes that proceeds from a NAC’s IPO can be used for the acquisition of more land by its controlling entities or used to boost the budgets or funds of those who receive the capital from the IPO. This is a far cry from the NYSE/IEG sales pitch that NACs are “different” because their IPOs will be used to “preserve and protect” natural areas.

The climate change panic that is now rising to the take the place of COVID-19 panic will surely be used to savvily market NACs and similar tactics as necessary to save the planet, but – rest assured – NACs are not a move to save the planet, but a move to enable the same interests responsible for the current environmental crises to usher in a new era where their predatory exploitation reaches new heights that were previously unimaginable.

Last month, the New York Stock Exchange (NYSE) announced it had developed a new asset class and accompanying listing vehicle meant “to preserve and restore the natural assets that ultimately underpin the ability for there to be life on Earth.” Called a natural asset company, or NAC, the vehicle will allow for the formation of…

Last month, the New York Stock Exchange (NYSE) announced it had developed a new asset class and accompanying listing vehicle meant “to preserve and restore the natural assets that ultimately underpin the ability for there to be life on Earth.” Called a natural asset company, or NAC, the vehicle will allow for the formation of…

A Company “In Need Of A Hail Mary”

COVID-19: Moderna Gets Its Miracle