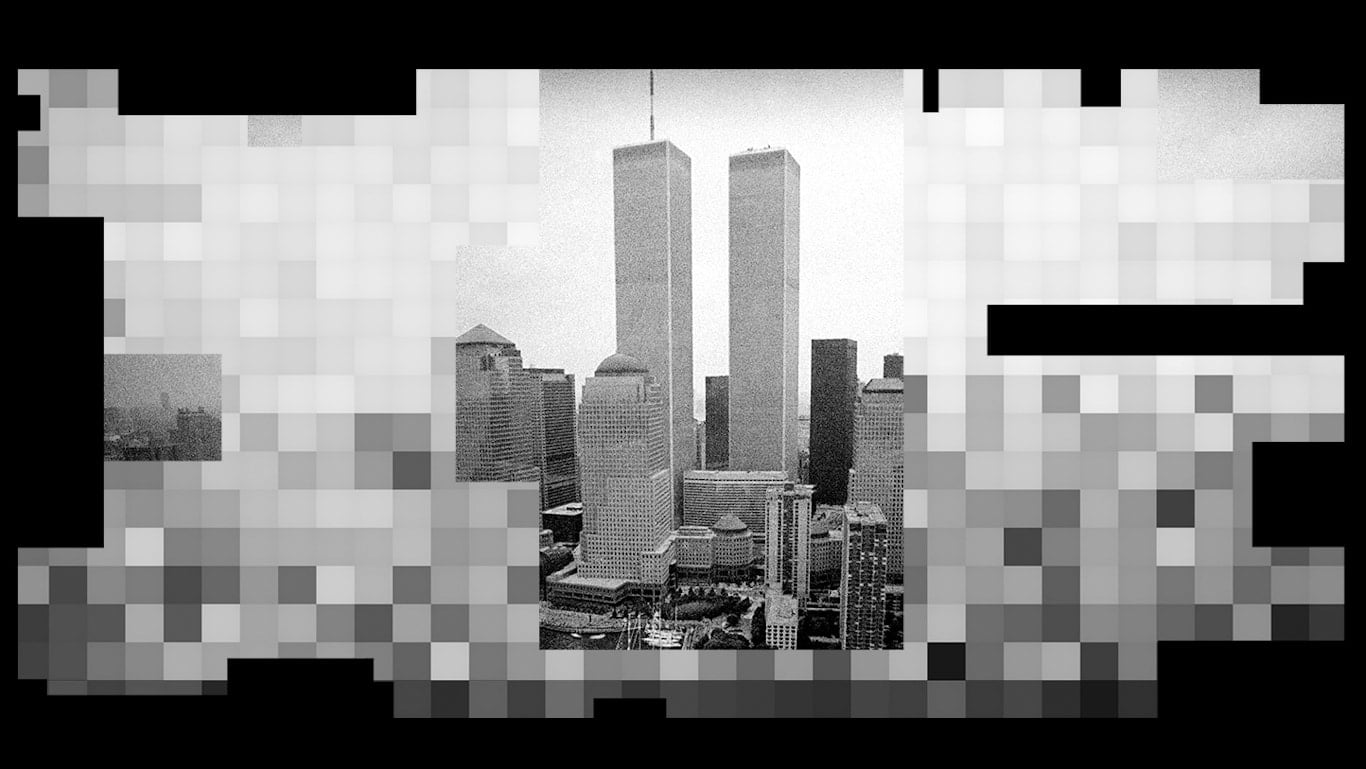 9/11 and the Politics of Fear and Self-Preservation

The 20th anniversary of September 11, 2001 is a particularly somber one, not just because of the horrific nature of events of that day reaching its second-decade milestone, but because of how little we seem to have learned in that amount of time.

The fear and trauma generated by the events of 9/11 were used by the U.S. national security state and its civilian allies to great effect to divide the American population, to attack independent reporting as well as independent thought, to gut the anti-war movement, and to normalize the U.S. government’s overt and persistent degradation of the country’s Constitution. This, of course, is in addition to the illegal U.S. occupations and drone wars in the Middle East and elsewhere that were also born out of this event.

The true beneficiaries of 9/11

As a nation, the U.S. populace has failed to grapple with these realities, and many others, in the two decades since the Twin Towers and WTC Building 7 fell. Far from bringing any benefit to the alleged masterminds of the event, the results of 9/11 instead overwhelmingly favored the ambitions of a powerful faction within the U.S. national security state that had long sought to bring the dissident-elimination efforts it spent decades implementing abroad – from the Phoenix Program in Vietnam to Operation Condor in South America – home to roost.

As a result, the response of the U.S. government to the attack supposedly launched by those “who hate us for our freedom” was to work to reduce our freedoms and civil liberties. Now, 20 years on, the sophisticated “War on Terror” apparatus has been fully turned into a “War on Domestic Terror,” with many of those who once opposed the war on terrorism abroad now cheering on the ratcheting up of its domestic equivalent.

Yet, the domestic terror apparatus being swiftly created and implemented very clearly targets individuals and ideologies on both sides of the political divide. It is also extremely vague, essentially leaving it up to those holding the reins of political power – whether Democrat, Republican or something else – to decide who is “terrorist” and who is not. Perhaps unsurprisingly, it was Joe Biden back in the mid-1990s who introduced legislation that would have given the president sole and unappealable authority to define what constitutes “terrorism,” a fact that was omitted from media coverage of last year’s presidential campaign and the past several months of his presidency.

A crisis of courage

It seems clear at this point that one of the key reasons the U.S. continues to hemorrhage its remaining civil liberties, either as a result of the new “War on Domestic Terrorism” or as a response to COVID-19, is that it is undergoing a crisis of conscience and courage in grappling with not just the true nature of the events of 9/11 itself, but with the orthodoxy over the “official story” of those events.

Even two decades after the fact, it is still deemed too controversial or unthinkable to question whether the official story is an accurate portrayal of the events that transpired on and led to that day. This is despite the fact that the official story itself, presumably the same story told by the 9/11 Commission report, has been labeled incomplete, and unable to answer major questions about that day, by its very authors. In addition, the official story relies heavily on testimony obtained through extreme torture, meaning it is of questionable accuracy.

Many of those who have been quick and vocal to point out the lies of the U.S. government when it comes to the invasions of Afghanistan and Iraq and other consequences of the War on Terror have been unable to even consider that the official story of 9/11 may not be legitimate and may indeed have been dealt from the same pack. This may be for a variety of reasons, including a strong desire to not be de-legitimized by their peers as bearers of the “conspiracy theorist” smear and an unwillingness to face a political reality where U.S. government officials may have been complicit in a deadly attack on American soil. In those two examples, however, the failure of such individuals, particularly in media, to even consider that there may be more to the story boils down to a desire for self-preservation in the case of the former and preservation of a particular worldview in the case of the latter. Yet, in both cases, the casualty is the truth and the cause is cowardice.

By failing as a society to thoroughly examine the events of 9/11 and why those events occurred, the American public has shown the powers that be that their desire to preserve a “safe” worldview — and to preserve their own careers, in the case of certain professional classes — is enough to keep people from questioning world-altering events when they emerge. Those powers are well aware of this refusal and have been using it to their advantage ever since.

The poison remains in our system

Today, with the COVID-19 crisis still dragging on, we are similarly immersed in a situation where nuance and facts are being cast aside, militantly in some cases, in favor of the establishment narrative. Is everyone who chooses not to take this particular vaccine a “conspiracy theorist” and “anti-vaxxer”? Does it really make sense to so dramatically divide the public into groups of vaccinated and unvaccinated through a new ID system when the vaccine claims to reduce the severity of illness but not to stop disease transmission? Should those that question the motivation of politicians, powerful pharmaceutical corporations and mainstream media “experts” be censored from expressing those views online?

You do not need to agree with those who hold such views, but what is wrong with hearing what they have to say and debating their evidence with your own? We are losing the ability to have rational public discourse about these issues — and losing it swiftly, at a speed comparable to what took place in the aftermath of 9/11, when questioning the motives of the Bush administration, U.S. intelligence agencies and other groups, as well as their proposed responses and “solutions,” was deemed “unpatriotic” and even “treasonous” by some. Calls were made to strip an entire class of Americans of their freedom for merely sharing the same ethno-religious identities as those we were told attacked us, and many went along with it. Freedom became treated as a privilege only for certain groups, not as a right, and this insidious fallacy has reared its head yet again in recent months in relation to the COVID-19 vaccine debate and also the war on domestic terror.

Our pandemic of fear

Though the failure to consider explanations for 9/11 that deviate from the official story can be called cowardice, the most enduring lesson 20 years on from 9/11 is perhaps that fear was and remains the most powerful tool that has been consistently used to whittle down our freedom and civil liberties. While the divide-and-conquer strategies have raged on from 9/11 to the present, the largest wealth transfers in history have occurred, creating an unaccountable and ultra-wealthy super-elite that dominates an ever-growing underclass.

The march towards this de facto neo-feudalism certainly didn’t begin on or after 9/11, but our collective failure to grapple with the narrative orthodoxies of that day have prevented us from fully understanding the big picture of that event as well as many subsequent and similarly consequential events. For too long, the desire to preserve our self-image, our reputation, and the worldview we are taught in school has all too often made hard, difficult truths a casualty.

In order to truly understand the War on Terror, the domestic surveillance state and our current reality, we must accept that we were lied to about 9/11. We must ask the hard questions and accept hard truths. We must put an end to the 20-plus-year-long pandemic of fear over “invisible enemies,” fear that has pushed us to surrender the very freedoms that we are told we are protecting.

The United States, and much of the world, is quickly becoming an unrecognizable and authoritarian dystopia. We cannot wait another two decades to grapple with the difficult questions and realities that arose after 9/11 and persist into the present. We will either be remembered as a country that took freedom and liberty for all seriously or we will be remembered as a nation of cowards who, driven by fear, were willing to deprive this group, then that group, of their freedom — before losing that freedom entirely.

Originally published at MintPress News The 20th anniversary of September 11, 2001 is a particularly somber one, not just because of the horrific nature of events of that day reaching its second-decade milestone, but because of how little we seem to have learned in that amount of time. The fear and trauma generated by the…

Originally published at MintPress News The 20th anniversary of September 11, 2001 is a particularly somber one, not just because of the horrific nature of events of that day reaching its second-decade milestone, but because of how little we seem to have learned in that amount of time. The fear and trauma generated by the…

The Father, The Son, and The Mencius Moldbug