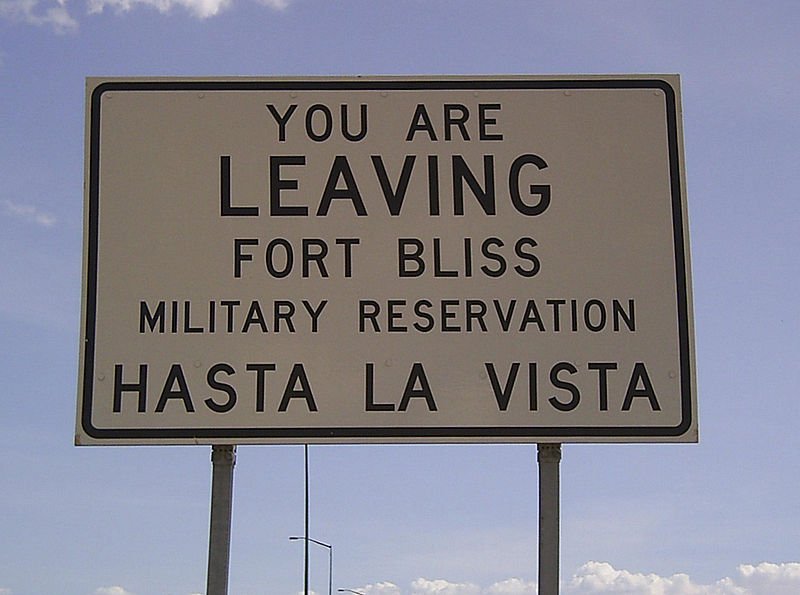 Over the first few months of 2021, the migrant crisis at the US-Mexico border has exploded. Due to the policies of the Obama, Trump, and now Biden administrations, many of those migrants, particularly unaccompanied minors, remain housed in increasingly controversial “overflow facilities.”

Despite promises to reverse the policy, the Biden administration has instead taken the unprecedented step of housing thousands of these unaccompanied minors on US military bases, a jolting move that hardly generated any attention from either the mainstream or independent media. This is true even for left-leaning outlets that spent much of the Trump era calling for closure of detention facilities as well as railing against the increasing militarization of the US-Mexico border. The only exceptions have been those few outlets that covered the dangerous environmental contamination present at some of the bases that are now involved.

Currently, unaccompanied minors are being housed at two military bases in Texas and one in California. While there was media coverage of the decision to house children and teens at these bases, there was little journalistic interest in looking deeper into issues at these particular bases, some of which are known for having extremely unsanitary conditions or for allowing “serial rapists” to serve on base for years despite numerous reports about their crimes to base leadership. One of these bases has the highest rate of sexual assaults of any joint base in the entire Department of Defense.

Not only that, but the US military’s computer network has consistently ranked among the top internet service providers for the trafficking of child pornography, further underscoring why military bases, particularly these military bases, are unsuitable for children.

Also concerning is US officials refusing to say how many children are being sent to these bases. Health and Human Services (HHS) currently has more than 13,000 kids in their custody. That number is only projected to grow, with Customs and Border Protection now projecting that 184,000 unaccompanied minors could end up in government custody by this time next year.

In addition, these bases have not yet released photos of where the minors are kept and have even banned soldiers on these bases from photographing the areas where the children are being held. The tents they are housed in are said to be able to house 1,000 people each, implying that each base has received thousands of migrant children in recent weeks.

In recent years, prior to the current spike in the severity of the border crisis, thousands of migrant children who were placed into this system of “overflow facilities” and detention centers have been “lost” by the government, and some have reported acts of physical and sexual abuse inside these facilities. These children’s reunification with their families can take months or years, and for many it does not happen at all. Now, with the opening up of these new military-run enclosures to unaccompanied migrant children, it seems clear that the children are likely to be even less safe; it is hardly a solution to the current situation on the US southern border.

The Texas Bases: Fort Bliss and Joint Base San Antonio

Fort Bliss and Joint Base Sant Antonio in Texas have become notorious for their disturbing and frequent sexual-abuse claims, overshadowed only by another Texas military base—Fort Hood. In 2017, a Pentagon study found that Joint Base San Antonio had the highest rate of sexual-assault reports of all joint base installations in the Department of Defense, registering 881 cases from 2013 to 2017. Before that period, Lackland Air Force Base, part of Joint Base San Antonio, saw sixty-two cadets allege that more than thirty training instructors had sexually abused them in some way. The actual figures are likely much higher given that most sexual-abuse cases go unreported in the US Armed Forces, with media reporting in 2014 that only 3,300 reports were filed out of a total of 26,000 reported instances of unwanted sexual contact or sexual abuse that year.

In the case of Fort Bliss, the base has counted among its ranks particularly egregious sexual criminals, who have been known to base leadership for years and who have been allowed to continue to prey on other soldiers, their spouses, and even their own children. In just the first few months of 2021, there have been two deeply disturbing cases at Fort Bliss that were recently prosecuted. The first was made public with the January arrest of Pfc. Christian Alvarado on three allegations of sexual assault as well as charges of aggravated assault and making false statements to military investigators. One of Alvarado’s alleged victims was Pfc. Asia Graham, who was found dead in her barrack room nearly a year to the day that Alvarado had raped her. Her manner of death has not been disclosed by Fort Bliss.

The second case is even more disturbing and provides a clear example of how Fort Bliss leadership has turned a blind eye to sexual abuse of both adults and children for decades. Just last week, S. Sgt. Randall Hughes was sentenced for multiple rapes and sexual assaults, including the rape of his own daughter last year. Troublingly, it wasn’t until Hughes’s daughter, Lesley Madsen, who was sixteen at the time, reported her father for drugging and then raping her that Army leadership began to scrutinize the lengthy record of rape accusations against him that date back to 2006.

One of the claims involved the wife of a soldier under Hughes’s charge, who was raped by Hughes in her own house after he got her husband so drunk that he passed out. That particular accusation against Hughes was investigated, but Hughes was not prosecuted and instead had a General Officer Memorandum of Reprimand added to his personnel file. The victim later told the Army Times that “I was told CID [the Army’s Criminal Investigative Division] had enough evidence to believe it happened, and Fort Bliss still didn’t do anything. They just told me the command said this is what it was—this is how it is.”

After gaining custody of his teen daughter, Hughes violently raped his then girlfriend and cut her with a broken bottle. He then moved to Fort Dix in New Jersey. Fort Bliss leadership had shockingly allowed Hughes to bring a minor on base to live with him despite his history of violent sexual assaults. In March 2020, he drugged and raped his daughter, later pleading guilty to the sexual abuse and assault of a child. Unlike the leadership of Fort Bliss, the leadership at Fort Dix took action against Hughes and prevented him from preying on other. The inaction at Fort Bliss led to the horrific assault on Hughes’s teenage daughter.

In addition to their disturbing track records, with a high rate of abuse claims and a cover-up culture, both Fort Bliss and Joint Base Sant Antonio are also known to be contaminated with dangerous pollutants and chemicals that put the lives of soldiers—and now minors—at risk. In the case of Fort Bliss, the base’s history of contamination with cancer-causing compounds is well documented; it has been home to at least eighty toxic sites over the course of its operation. Even the sites at the base that have now been deemed safe by the Environmental Protection Agency (EPA) continue to be dangerous, with one “cleaned” site found to contain more than nineteen times the legal limit of arsenic in its soil.

At Joint Base San Antonio, the water is heavily contaminated due to chemicals from toxic firefighting foam that has been used on base for decades. In addition, as some journalists and environmental watchdogs have noted, Joint Base San Antonio has some of the worst air pollution in the entire US.

After migrant children began to be sent to the bases in Texas, the Pentagon announced on April 3 that California’s Camp Roberts had been approved to house unaccompanied migrant children. While not known for high rates of sex crimes like the Texas bases, Camp Roberts has long had major sanitary and environmental issues much like Fort Bliss and Joint Base San Antonio.

According to reports from Camp Roberts itself, raw sewage can be seen routinely bubbling up from some of the buildings at the base, while others lack reliable heat or air conditioning. In 2011, conditions were so bad on base that Sgt. Dustin Shepard, the noncommissioned officer in charge of camp operations, told his superiors in an email that he was “completely disgusted with the lack of soldier care” that stemmed from “decades of deferred maintenance and neglect,” according to an investigation published by the Sacramento Bee.

Despite efforts to renovate Camp Roberts, rodent infestations are commonly reported, and the electrical wiring present in several buildings has been called unreliable and, in some cases, unsafe by the camp’s commander. Camp leadership has since worked to dismiss allegations that the base is “overrun by mice” and “saturated by raw sewage.” In addition, hundreds of long-condemned structures are located throughout Camp Roberts, with signs warning of their contamination with lead, asbestos, and hantavirus, an airborne and often deadly disease carried by rodents. In 2018, the State of California accused the camp of improperly disposing of hazardous waste.

Currently, the EPA lists the entirety of Camp Roberts as among its active Superfund sites that are deemed by the government to be the most contaminated in the country and in need of urgent, and often expensive, cleanup. Camp Roberts is an active Superfund site, but it is no longer on the National Priority List of Superfund sites. The EPA website offers little information about the reason for the base being listed as a Superfund site. The agency has declined to provide relevant reports or lists of contaminants known to be present on the base.

Why Are We Trusting These Bases to House Vulnerable Children?

It goes without saying that these three military bases are even more unsuitable to house children and teens than the detention facilities that have been used to house them under the last three presidential administrations. With the minors living outside in tents, the environmental contamination and sanitary crises present on these bases pose a direct hazard to their health, especially in the case of Camp Roberts. In the case of the Texas bases, a culture that turns a blind eye to violent rapists for over a decade and that has a reputation for extremely high rates of sex crimes make it abundantly clear that vulnerable minors separated from their parents or guardians should not be housed there.

Particularly concerning is the assertion made by leaders at Fort Bliss when they dismissed Randall Hughes’s horrific sex crimes because “this is how it is.” If Hughes’s ghastly behavior, which later included the rape of a minor, was deemed to be just “how it is” by top brass at Fort Bliss, how can these same authorities be trusted with the safety and well-being of thousands of unaccompanied and vulnerable children?

Over the first few months of 2021, the migrant crisis at the US-Mexico border has exploded. Due to the policies of the Obama, Trump, and now Biden administrations, many of those migrants, particularly unaccompanied minors, remain housed in increasingly controversial “overflow facilities.” Despite promises to reverse the policy, the Biden administration has instead taken the…

Over the first few months of 2021, the migrant crisis at the US-Mexico border has exploded. Due to the policies of the Obama, Trump, and now Biden administrations, many of those migrants, particularly unaccompanied minors, remain housed in increasingly controversial “overflow facilities.” Despite promises to reverse the policy, the Biden administration has instead taken the…

This Biden Proposal Could Make the US a “Digital Dictatorship”